Hon. Rolando T. Acosta has been Presiding Justice of the New York State Supreme Court, Appellate Division, First Department, since May 2017. During his tenure, the Court has modernized its systems—making the administration of justice more efficient and accessible to the public—and has enjoyed its highest level of productivity in history. Justice Acosta serves on the Commission to Reimagine the Future of New York’s Courts (and chairs its Working Group on Appellate Practice) and the New York State Bar Association’s Task Force on Free Expression in the Digital Age.

A prolific writer, Justice Acosta has authored hundreds of decisions on complex and novel criminal and civil matters. For example, in Williams v New York City Housing Authority, 61 AD3d 62 (2009), he analyzed for the first time New York City Human Rights Law claims separately and independently from analogous federal and state laws, eliminating federal and state requirements that harassing conduct be “severe or pervasive” to create liability under the city law. Williams has been adopted by various appellate courts, including New York State’s highest court and the United States Court of Appeals for the Second Circuit.

Justice Acosta is deeply committed to community involvement and has long been active in the development of the Washington Heights/Inwood social service infrastructure. For example, he cofounded the Latino Commission on AIDS and served as legal adviser to the founding board of Alianza Dominicana. He also served as treasurer and chair of the Policy Committee of the Hispanic Federation. He was a founding board member of the Upper Manhattan Empowerment Zone in 1995 and has served on that organization’s Executive Committee and chaired its Human Capital Development Committee.

Justice Acosta’s judicial career began when he was elected to a countywide Civil Court judgeship in New York County in 1997. Prior to his judicial service, Acosta held various posts with the Legal Aid Society, including Attorney-in-Charge of the largest civil trial office and Director of Government and Community Affairs. He also served as First Deputy Commissioner and as Deputy Commissioner for Law Enforcement at the New York City Commission on Human Rights.

Justice Acosta was raised in the South Bronx and Washington Heights, having immigrated from the Dominican Republic at the age of 14. 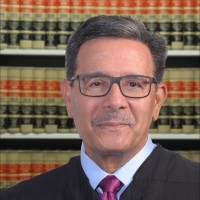