Lee C. Bollinger became Columbia University’s 19th president in 2002 and is the longest serving Ivy League president. He is Columbia’s first Seth Low Professor of the University, a member of the Law School faculty, and one of the nation’s preeminent First Amendment scholars. Under his leadership, Columbia is redefining what it means to be a great research university in the 21st century, distinguished by comprehensive academic excellence, an innovative and sustainable approach to global engagement, two of the largest campaigns in the history of higher education, and the institution’s most ambitious campus expansion in over a century.

Each fall semester, he teaches “Freedom of Speech and Press” to Columbia undergraduate students. Bollinger is the author or co-editor of numerous books on freedom of speech and press, including National Security, Leaks and Freedom of the Press: The Pentagon Papers Fifty Years On (2021), Regardless of Frontiers: Global Freedom of Expression in a Troubled World (2021), and The Free Speech Century (2018). Bollinger and collaborator Geoffrey R. Stone’s latest book, Social Media, Freedom of Speech, and the Future of our Democracy, was published in the summer of 2022, and explores one of the most pressing questions of our time—the regulation of speech on social media platforms, and subsequent implications for the future of democracy. Bollinger and Stone are also currently at work at volumes examining the evolution of affirmative action in American society, and the current state and future of abortion rights, in the wake of the Supreme Court’s decision in Dobbs v. Jackson Women’s Health Organization, and as the country approaches the 50th anniversary of Roe v. Wade.

In 2017, Bollinger founded Columbia World Projects, and initiative that mobilizes the University's researchers and scholars to work with governments, organizations, businesses, and communities to tackle global challenges. In 2021 he launched the Columbia Climate School, the first new School at the University in 25 years.

Bollinger serves on the Pulitzer Prize Board, and is a member of the Council on Foreign Relations. From 2007 to 2012, he was a director of the Federal Reserve Bank of New York, where he also served as Chair from 2010 to 2012. He also served as a director of Graham Holdings Company (formerly the Washington Post Company) concluding his term in 2021.

As president of the University of Michigan from 1996-2002, Bollinger led the school’s landmark civil rights litigation in Grutter v. Bollinger, a Supreme Court decision that for the first time upheld the constitutional right of colleges and universities to engage in affirmative action to advance diversity in higher education. A member of the American Academy of Arts and Sciences and the American Philosophical Society, Bollinger is also the recipient of multiple honorary degrees from universities in the United States and abroad. 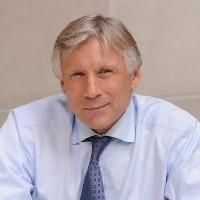