Jonathan Lavine is Co-Managing Partner of Bain Capital and Chief Investment Officer of Bain Capital Credit, which he founded in 1998. Bain Capital is one of the world’s leading private investment firms. The firm invests across asset classes including private equity, credit, public equity, venture capital, real estate and other strategic areas of focus. Bain Capital has approximately $160 billion in assets under management and more than 1,300 employees with 23 offices worldwide. Mr. Lavine is also a member of the Boston Celtics’ investor group and serves as a director.

Before the formation of Bain Capital Credit, Mr. Lavine worked in Bain Capital’s private equity business which he joined in 1993. Prior to joining Bain Capital, Mr. Lavine was a consultant at McKinsey & Company.  He began his career at Drexel Burnham Lambert in mergers and acquisitions.

Jonathan Lavine and his wife, Jeannie, formed and oversee the Crimson Lion Foundation which delivers financial resources to a wide variety of nonprofit organizations focused on leveling the playing field for individuals and families, with a particular emphasis on access to quality educational opportunities and addressing economic inequality.  The Lavines are longtime supporters of Columbia University.  Prior to his appointment as Co-Chair, Mr. Lavine served as Vice-Chair of the Trustees and chaired the Columbia College Board of Visitors.  The Lavines are longtime supporters of critical initiatives across the university including financial aid, student life and faculty support.  Mr. Lavine currently co-chairs the Core to Commencement and Columbia Commitment Campaigns.

In addition to his work with Columbia, Mr. Lavine is Chairman Emeritus of the National Board of Trustees of City Year, an organization focused on stemming the high school dropout rate in urban centers across the United States.  In 2015, uAspire, an organization focused on providing financial resources to attain a postsecondary education, dedicated the Lavine Family Center for College Affordability.  The Lavines and the Crimson Lion Foundation also provide financial support to numerous other national and community-based organizations including LIFT, a nonprofit focused on breaking the cycle on intergenerational poverty; Cradles to Crayons, a nonprofit that profits clothing and essential school supplies to children in several cities; WBUR, Boston University’s NPR affiliate; and the Equal Justice Initiative, an organization dedicated to ending mass incarceration and excessive punishment. In 2019, the Lavines and Crimson Lion partnered with the Better Angels Society and the Library of Congress to create the annual Library of Congress Lavine/Ken Burns Prize for Film. This project is part of their overall support of world-class documentarian Ken Burns as well as to help develop the next generation’s Ken Burns.

In the area of healthcare, in 2011, the Lavines endowed the Lavine Family Humanitarian Studies Initiative at the Harvard School of Public Health and funded the Lavine Family Research Initiative at Brigham and Women’s Hospital to support migraine research.  Mr. Lavine also serves on the board of Dana-Farber Cancer Institute and previously served on the board of Boston Children’s Hospital Trust.

Mr. Lavine graduated from Columbia College, Phi Beta Kappa and Magna Cum Laude, and holds an M.B.A with Distinction from Harvard Business School. In 2017, Mr. Lavine was awarded the Alexander Hamilton Medal, the highest honor given to a member of the college community for distinguished services.  While at Columbia, he received the David Truman Award for outstanding contribution to the academic affairs of the college.  He received the Dean’s Leadership Award for the Class of 1988 25th Reunion.  He is a past recipient of Columbia’s John Jay Award for professional achievement, Columbia/Barnard Hillel’s Seixas Award, Opportunity Nation’s American Dream Award, and the New England Anti-Defamation League’s Distinguished Community Service Award. In 2015, Voices For Service recognized Jonathan as a Champion of National Service. 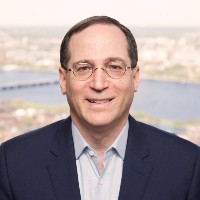