He competed for 4 years on the wrestling team at Columbia, being part of 3 Ivy League Championship teams and being named an All-Ivy wrestler. He competed for the New York Athletic Club, while earning his MBA from Columbia Business School, achieving state, regional and international honors in Greco-Roman wrestling.

Mr. Barth was twice elected to the Board of Governors of the San Marino Unified School District from 1997 through 2005, serving three years as president. He is proud of the effort to put in place the foundation that earned San Marino the highest academic performance index ranking of all unified school districts in the State of California.

Other civic duties include serving or having served on the board of trustees for the American Ballet Theater, the American Friends of the Louvre, the Center for the Study of the Presidency and Congress, the California Science Center Foundation, the Huntington Museum, Library and Gardens, Pomona College, the US Olympic and Paralympic Foundation and the board of overseers for the Columbia Business School, and the Beat the Streets - Los Angeles.

Mr. Barth has received USA Wrestling's Man of the Year award for 2014, the John Jay Award from Columbia University in 2011, the International Medical Corporation Global Humanitarian Award in 2011, the Career Transitions for Dancers Outstanding Contributions to Dance Award in 2010, the After School All Stars Enlightenment Award in 2007, the Golden Apple Award from the San Gabriel Valley Council of Academic Administrators in 2006 and the Jimmy Stewart Award from Scouting in 2004.

Mr. Barth has continued his dedication to wrestling, being named the Team Leader for the United States Men’s Freestyle Wrestling Team for the 2016 Olympics in Rio de Janeiro, being accepted into the Eastern Intercollegiate Wrestling Association Hall of Fame in 2013 and the National Wrestling Hall of Fame in 2012 as an Outstanding American. He also played a role on the Committee to Preserve Olympic Wrestling (CPOW) which worked successfully in 2013 to keep wrestling in the Olympics.

Andy lives in San Marino, California with his wife, Avery, and their four children. 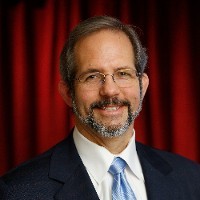